The members of Black Euphoria first met sometime in 1999 when Phoenix set out to find musicians to complete the line up for the band. Eventually Phoenix and Michael met and realised they had similar musical tastes and shared a similar vision.

The duo began rehearsing on a regular basis, working around each other’s busy schedules. By the fall, the songs were sounding great and recording the first album was just around the corner!

The search was now on for a bass player to complete the band’s line up so they could begin performing the material live at local clubs. After several auditions, the duo began growing impatient as many hopefuls fell short of the band’s demands.

As Y2K rolled around, the band decided to enter the recording studio and begin working on their debut album without a permanent bass player. Phoenix was prepared to play bass on the recording, which was a logical choice since he wrote and recorded all the parts on the demo version of the album. As the recording sessions came to a close, a permanent bassist was still not found.

Black Euphoria’s self-titled debut album was finally completed with the arrival of 2001. The album features a unique blend of hard rock, alternative, and funk, with hints and splashes of blues, hip-hop, and punk. Standout tracks include the attack of “Don’t Bore Me”, the funky “Clown”, the soulful “Requiem”, and the power of “Deteriornation”. 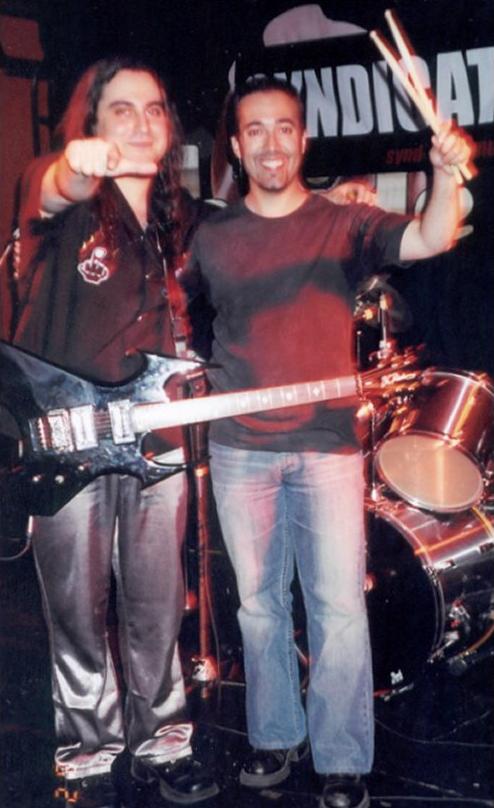 Black Euphoria hopes to be doing live shows very soon as they get closer to completing the second album. Stay tuned for announcements about dates and venues in the near future! They would love to see you come out and help support an up and coming band!

Black Euphoria’s debut release is finally available. It is a self titled release and it features eleven songs. The second album will be complete this year!

They welcome your comments and criticisms about the album. Positive and negative comments are welcome but we do hope you enjoy it.

Here is your chance to check out some of Black Euphoria’s music. We hope you enjoy the two free song downloads and sound bites from the songs on the debut album. To purchase your very own copy, please click on the “Buy The Album” link. It’s only $10.00 (Canadian) plus shipping and handling. Thanks for your support and enjoy the music!

Discography / Listen to the Album